The 63rd Annual Grammy Awards ceremony held in Los Angeles on March 14, 2021. It recognized the best recordings, compositions, and artists of the eligibility year, running from September 1, 2019, to August 31, 2020.

The event kicked off with the premiere hosted by Jhené Aiko. Wizkid won his first Grammy at the premiere show for his feature on “Brown Skin Girl” which won the award for “Best Music Video” 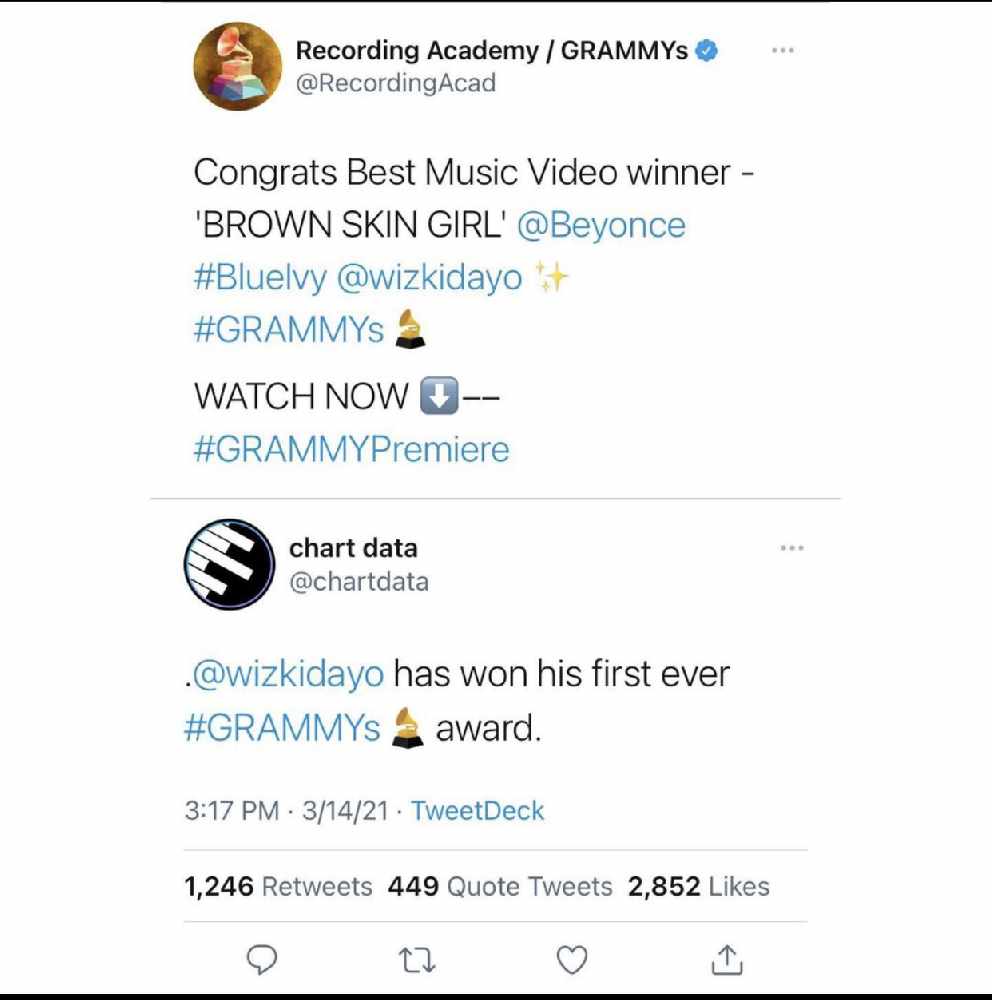 Burna Boy won his first Grammy for  “Best Global Music Album” – “Twice As Tall”. This comes after he lost in this same category last year to Angelique Kidjo. In his acceptance speech, he said;

“This is a big win for my generation of Africans all over the world”.

https://www.youtube.com/watch?v=UrK-k1Y2FCo Sandra Idubor's New Release "Grateful" Rating  3.7/5 Two weeks ago, Sandra Idubor announced to her fans that she will be dropping a new song to thrill their ears. The song which was slated to be released on the 14th of February has finally hit major music platforms. Sandra, a Nigerian-Canadian celebrity is a maverick when it comes to art. She is a talented musician, songwriter, actress, filmmaker, and […]